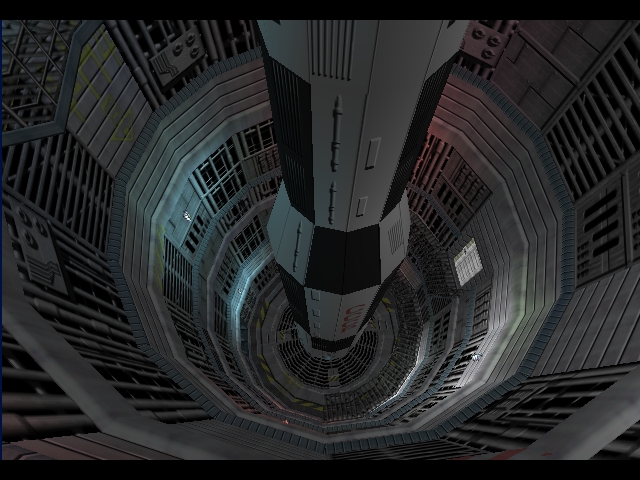 By now Goldeneye has gone on to become legendary. There were honestly no expectations placed on upon its release; if anything you could say it was expected to be horrible. Movie licensed games on average usually turned out terrible, and Goldeneye had a protracted development schedule, further placing it in the doghouse. But its release came as a more than pleasant surprise and actually carried the N64 for many months after.

Goldeneye was released worldwide in August 1997. A bit odd, coming 2 years after the movie had faded from the public’s conscience. It follows the plot of the movie closely, with James Bond fighting to stop an evil syndicate from destroying London with a satellite weapon. All of the film’s characters make appearances and the only concessions made are for gameplay reasons. Goldeneye was revolutionary for a number of reasons: its mission structure, multiplayer mode, and level designs were first rate and would largely begin the fps revolution on consoles, with Halo later picking up the baton and running with it a few years later.

First person shooters had existed on consoles before, with the likes of Doom and Wolfenstein 3d receiving many console ports with varying degrees of success. The 32/64 bit generation would be the first time that a console would have the necessary power to do the genre justice, with the N64 especially receiving many PC ports and exclusives designed for it.  Even years later Goldeneye still held its own thanks to the craftsmanship of Rare.

Unlike Doom or Heretic, Goldeneye is mission based, with your objectives laid out beforehand. These range from the simple, such as escaping in a waiting plane before it is blown up to the more complex, such as protecting a scientist while he performs his necessary task. 3 difficulty levels are available, Agent, Secret Agent, and 00 Agent with the amount of objectives increasing for each one. The implications of this were huge: not only did it increase replay value and add incentives for trying harder settings; it changed how you would approach the levels as well. Large chunks of each mission can be ignored when playing on Agent; it’s when you crank it up to 00 Agent that you get the whole picture and really learn to appreciate how well thought out the environments were designed.  There are no time limits but it is tracked. Completing a mission within a strict time limit will unlock a large volume of cheat codes you can use for single or multiplayer.

You’ll start every mission with the standard pistol, wrist watch, and whatever gadget Q has cooked up that is relevant for the task at hand.  Modems, magnet attract watches, camera, data thieves, key analyzers, laser watches, and other classic James Bond-style spy toys all play minor parts in weaving your way through multi-objective based missions. There are a host of weapons to use, ranging from the standard Sniper rifle, pistol and grenades to the Klobb and proximity mines.  They all vary in terms of speed, power and ammo and also inflict different amounts of damage depending on the body part hit.  This was another innovation Goldeneye brought to the table; targeting body parts produced different results.  Head shots are obviously instant death kills but shooting a hand will cause a soldier to drop his weapon or a leg shot will make him hop around and buy you time.  The weapons and gadgets chosen are integral to completing the missions depending on your play style and learning when and where to deploy each one is integral to completing a given task. This is where Goldeneye is a cut above most games.

The mission structure is incredible in its variety, changing the pace frequently so you never become too comfortable. The simpler missions such as bun geeing off the dam in the beginning are akin to Doom, where you can play it as a straight shoot em up and power your way to the end.  The more complex, like the Facility, task you with multiple objectives, failure to complete any of which forces you to restart.  The incorporation of stealth elements works well, as you’ll have to consider how loud your weapons are, avoid security cameras, and avoid tripping alarms or being seen by guards.  The enemy AI, while rudimentary now, was revolutionary in its time. Guards actively tried avoiding your bullets, sometimes rolling or ducking behind cover. If outgunned they would activate alarms for reinforcements, forcing you to prioritize runners.

The level of detail the game exhibits was astounding: enemies featured a range of animations such as reacting to location specific damage, and there are even destructible environments. There are all kinds of small touches that can be easily missed, such as shooting the hats of enemies or hidden Easter eggs that reference prior movies in the Bond franchise.  It still baffles me how Rare were able to cram so much into so little cartridge space.

While the single player campaign was strong the multiplayer mode is where the game truly became a phenomenon, dominating college dorms for years.  The N64’s four controller ports made it easy to assemble 4-player death matches that would last hours.  The options are staggering considering this was their first attempt at such a mode, with 31 characters and 11 arenas becoming available when all is said and done. The modes encompass all of the standard PC game tropes such as deathmatch, team deathmatch and capture the flag.  In my opinion License to kill mode was the best, with 1 hit kills boosting kill counts and causing rage quits aplenty.

Sure it’s easy to ask what the big deal is; these were all things PC gamers had been accustomed to for years.  In the console space however it was a revelation.  Time has not been kind to the multiplayer however, as the pace is freakishly slow and the arenas very small. But you can hardly fault the game for that.  Considering the game’s troubled development it’s a wonder the multiplayer mode was even added to game at all and that it turned out so well.

You only need to see the list of awards Goldeneye has won to know this is a classic gaming at its best.  Frequently voted as one of the greatest games of all time it matches its lofty reputation and lives up to the hype. The multiplayer has been surpassed by many games now but the single player campaign still wipes the floor with many of today’s new releases.  Goldeneye set a new standard in the first person genre and stands as one of the best movie to game conversions of all time.