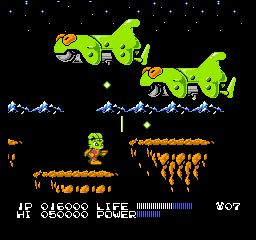 Show of hands, how many of you remember or have even heard of Bucky O’Hare?  I thought as much.  Bucky O’Hare was a short lived comic book series published in the mid-80s by future G.I. Joe scribe Larry Hama and Michael Golden.   Apparently someone believed in it enough to spawn a cartoon series, toy line, […]
You might also like
Featured Series