Wayne Gretzky Hockey NES Game Cartridge
Wayne Gretzky Hockey was released for the NES in 1991. Bethesda Softworks developed and published the game. It will feature Wayne Gretzky, who was, at the time, a professional hockey player who played center. The game was published not long after Gretzky was traded by Peter Pocklington from the Oilers to the Kings on August 9, 1988. Two sequels were released following the first game. during gameplay, it will contain everything a player would expect from a hockey game, having big hits, fighting, icings, and offsides. Outside the ice rink, the game will offer some coaching options and will give the player the ability of creating their own player and teams.
UPC: 7-19575-01001-6
Platform: NES
Players: 1-2
Condition: Used
Genre: Sports
Region: NTSC (North America)
Rating: Everyone 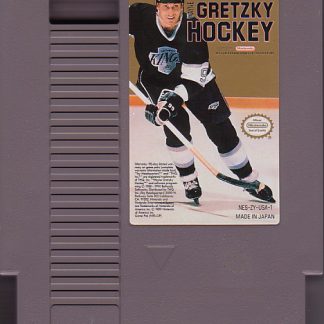