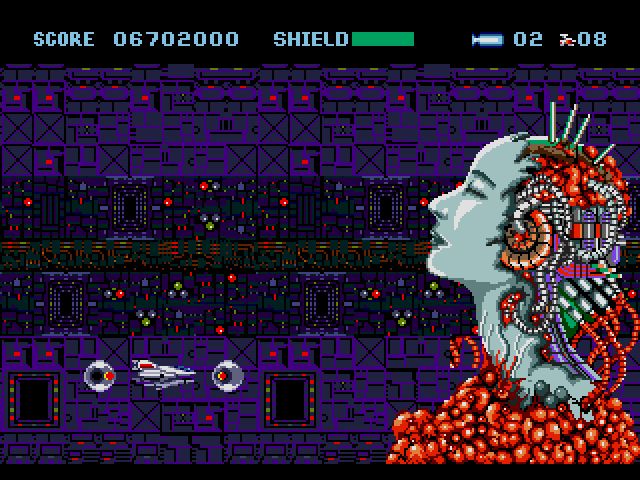 I remember seeing Curse in old issues of EGM in their import coverage. The trippy pictures of the box art with its exposed brain inside a mannequin’s head was certainly eye catching. It obviously did not give off the impression that this was a shooter but I’m sure plenty would have looked at it […] 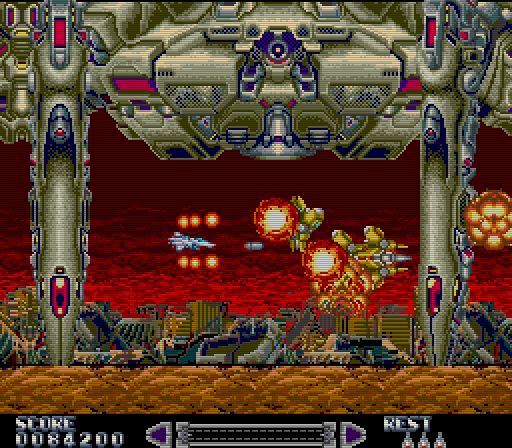 For some inexplicable reason I was obsessed with Rayxanber II & III. I’ve already described how being a Turbo Grafx owner was a lonely experience so if I wanted new games I had to buy them. It was just another shooter among a sea of the things but the screenshots in EGM looked really cool. […] 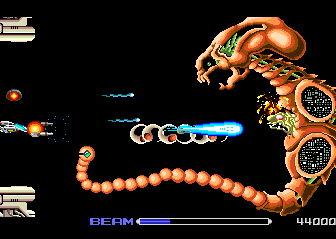 Although we were too young to know anything about technical details back in the 8-bit era it was obvious that the NES and Sega Master System were not up to the task of replicating the arcade games of the era perfectly.  Arcade perfect ports were the forbidden fruit of the day, always chased but never […] 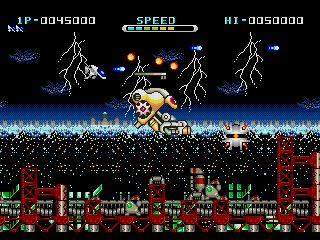 Whip Rush wants to be R-Type so bad it’s not even funny.  It stands to reason that with as many shmups released on the Genesis some of them would bear striking resemblances to each other.  There’s nothing particularly wrong with that; some of the best games ever made were, *ahem*, inspired by others.  So […]

Now this is how it’s supposed to be done!  Good shooters were few and far on the SNES thanks to that slow processor so when a truly exceptional game in the genre appeared it was cause for celebration.  Even considering the series pedigree R-Type III is one of the best games in the franchise with […]

The R-Type series is famous for a number of reasons.  Ball busting difficulty, unique weapons and that infamous alien that adorns the box art doesn’t hurt either.  Most popular in the arcades the original R-Type was ported to nearly every home console of the time with varying degrees of success.  With its later release […]
You might also like
Featured Series