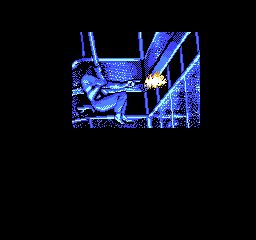 Say what you will about Activision’s NES output but at least they tried. Most publishers at the time were guilty of putting out the cheapest tie-ins possible and hoped to coast on the brand alone but some thought was put into their licensed titles and they were at least somewhat unique. That however doesn’t mean they were good. Both Predator and Ghostbusters were some of the worst games I played in my childhood and unfortunately Die Hard isn’t that far behind. The ideas put forth behind each game were sound but it’s the execution where they all fall short. Die Hard is almost a decent game but in the end its structure is far too aggravating to deal with.

Unlike the majority of the licensed games from LJN Activision and developer Pack-In Video tried something fairly ambitious here and it succeeds in some respects and outright fails in others. The game follows the movie’s plot pretty thoroughly and uses it as the basis of its gameplay. As John McClane you have free reign to move about the various upper floors of Nakatomi Plaza as you try to reach Hans before his men can unlock the vault and he escapes. In some respects I liken it to the Genesis version of Shadowrun in that there are many ways to reach your end goal and you don’t have to do them in any particular order. The game is so free form in fact there are as many as seven endings that take into account your actions with some ending in your failure. It adds replay value to the game but I seriously doubt anyone will want to want to revisit this after their first few failures.

The main reason being that nearly every other aspect of the game is frustrating. McClane can only move in four directions and the game practically demands 8-way movement as the enemies are under no restriction. There are only 34 enemies in the game (it keeps track) and all of them are aggressive and seem to possess machine guns that fire in a wide arc. Your movement speed is tied to how damaged your feet are (yes, the game even keeps track of that!) as broken glass can erupt from nearly every wall. As if that wasn’t bad enough ammo management is also a factor. If you run out of bullets for either weapon just start over as you’ll never survive long enough to get into melee range for it to be effective.

Time is the most crucial element in the game and what makes it both unique and also fail at the same time. Much like in the movie Hans’ men are working to break the locks on the vault and you can check their progress at any time by pausing. This is basically the timer for the overall game and once all 7 locks are cracked there is a countdown until Hans gets away. This aspect I like as you have to consider every move you make and it mirrors the frantic pacing of the film. Moving between floors takes up thirty seconds or so which also means you can’t simply louse about.

That being said however what ruins it completely is the fact that the clock moves far too fast. If you spend even 2 minutes or so exploring a floor one of the locks will be opened. For a game that gives you no direction putting such a strict limit on your actions and not letting you at least stumble into exactly what you’re supposed to be doing is game breaking. If you look at this as a rogue like in which each time you die you have at least learned something I guess it could work but to be honest you’ll never get that sense of satisfaction here.

The myriad number of issues is doubly disappointing because you can see the kernel of a good game beneath it all. The game goes out of its way to recreate nearly every aspect of the film in exacting detail. Downed guards will drop a radio that lets you eaves drop on Hans communications and the guards movements. Technically your goal is to gain access to 30th floor where Hans awaits and this can be accomplished in a few ways. If you can gain control of the express elevator before the hackers you can travel to the fifth floor and blow up the computer blocking access to the 30th level. The chances of that happening are slim as the window of time to perform these actions is insane. If you are brave enough you can simply wait out the clock at which point the floor opens automatically and the final countdown begins. Beware, as every enemy remaining will all converge on your location at that point. Just describing all of this makes it sound really cool but to even see a fraction of this stuff will require god level patience or a game genie.

I applaud Activision for trying something different but you only get credit if it works. Die Hard is a broken mess of a game that could have at least been average with a few small tweaks. As it is however its flaws are far too frustrating to deal with to get to its good points.