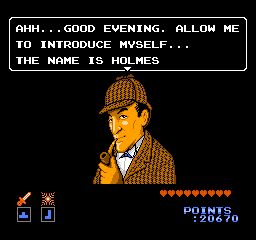 Star Tropics was a solid game, one that was heavily inspired by Zelda and sort of scratched that itch for those seeking more adventure in that mold. While I enjoyed it I can’t say that I ever found myself hoping for a sequel. Aside from the shocking fact that Star Tropics actually received a sequel was its release; by 1994 the 16-bit war was about to enter its second phase and it isn’t a stretch to say that no one was paying attention to 8-bit releases anymore (unless you lived in Brazil). As one of a handful of NES games released that year Star Tropics 2 improves nearly every facet of the original and while it isn’t the most original or creative game ever made it is highly recommended if you enjoyed the series’ first outing.

Not much time has passed since Mike Jones rescued his uncle Dr. J and the Argonian refugees from the evil Zoda. When Mike helps his uncle solve a riddle that had stumped him for months he is unexpectedly thrown into the past, beginning a time hopping journey to ultimately find the Tetrads and make his way home.

The game’s plot is just as goofy as the first game and full of weird circumstances as well. In one of the game’s stranger sub quests you must retrieve a pizza delivery for Cleopatra, which is absurd not just because pizza shouldn’t even exist in that period but because it also takes days to deliver. The trip through time sees you rubbing elbows with many famous literary figures such as Sherlock Holmes, Merlin, and King Arthur. This is a game that revels in its absurdity with that charm being one of the reasons the game is so enjoyable.

For the most part the game adheres to the same structure as the original. Rather than a series of different islands the game sees you visiting a different era in time each chapter. The change in aesthetic each chapter alleviates one of the biggest criticisms of the first game; the island theme grew old no matter how they tried to dress it up. As I mentioned previously the game makes the most of its premise by having you visit some historic figure and it can be pretty cool at times, such as solving a crime alongside Sherlock Holmes. The overall maps are smaller but the game is just as long as its predecessor and with its varied locales and brisk pace you’ll actually want to see it through to the end.

Aside from its theme the largest improvement comes from the controls. Like A Link to the Past Mike has full 8-way movement and it does wonders for dungeon exploration. With the rigid, grid based movement gone the game is a lot faster. Mike can also change direction in midair somewhat although it should be noted that the platforming segments are a lot trickier since your movements aren’t so measured. Some smaller gameplay improvements have also been added; your main weapon no longer degrades based on health and you can actually simply walk across the tiles on the floor instead of slowly jumping on each one. In the grand scheme these are minor but when taken as a whole it makes playing the game so much more fluid.

Where the game’s controls have been significantly improved the dungeons do feel like a step back. On average the dungeon’s are of medium size and for the most part follow a linear path. The puzzles have also been simplified although to be fair the first game leaned heavily on its tile based switches. Since you aren’t relegated to playing hopscotch to find tile based switches the clever disappearing blocks and other creative trickery are no longer present. More emphasis has been placed on clearing rooms of enemies rather than finding one off items for progress. While I can appreciate the game’s faster pace it also loses something in the process.

What hasn’t changed is the game’s difficulty. With a tighter focus on combat comes stronger enemies and as early as chapter four your life bar can be torn to shreds in seconds. It took longer to reach that point in Star Tropics and you would think having permanently stronger weapons would help but no dice. A few boss battles such as the undead miner are nearly hair pulling in their challenge and not in a good way. It’s certainly still manageable but the bump in difficulty might come as a shock to veterans of the series initial outing.

In a way it is amazing that such a meaty title was released in the last year of the system’s life as projects of this magnitude are usually bumped up to the successor platform. Star Tropics 2 is a worthy follow-up and a solid adventure game that has a lower profile than it deserves and is worth checking out.