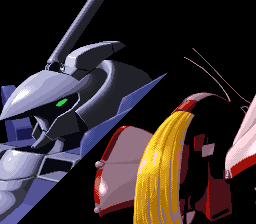 Spriggan Powered is a game I discovered years after having seen the anime Spriggan. As much as I try to associate the two in my brain they have nothing in common aside from the name. As an offshoot of Compile’s incredible PC Engine CD series the game has a lot to live up to. And while it is solid it can’t match up to its legendary predecessors. This is still far better than most of the shooter library on the SNES but its exorbitant price will keep it out of the hands of most.

The weapon selection is kept pretty light and personally I found it a bit weak. The colored orbs correspond to an individual weapon but outside of the orange…flamethrower none feel especially powerful. The homing orbs are useful against smaller trash but are incredibly weak, not to mention they also cause the game to slowdown (seriously!). The blue back laser doesn’t have a niche it excels in and is just….there. The red machine gun lets out a spread of bullets in rapid succession and is only hampered by a narrow radius.

The most interesting mechanic is the game’s shield. At any moment you can bring up a shield that protects you from all damage, even head on collisions and the occasional trip through scenery. The longer you hold it the more energy it drains but you can replenish the meter consistently. It can also be charged to unleash a more powerful version of your current weapon. Two of these super weapons in particular are pretty overpowered; the lasers actually slow time while the homing orbs produce four larger orbs that remain on screen and damage everything they touch. You can decimate bosses in seconds if you time it right! These are pretty draining but well worth the time they save.

The overly dark intro and box art are in stark contrast to the game’s actual level presentation. Overall this is a pretty bright game as you fly over sparkling waterfalls (complete with rainbows), rolling forests, and a bout among the clouds at sunset. Compared to the dull metal cityscapes of most games in the genre this is a breath of fresh air, even more so since most pre-rendered games of that era were incredibly dark due to the limited color palettes of the 16-bit consoles.

Overall this is not the most fast paced shooter on the system but it does have its moments. Most enemies are small in size but pepper the screen with bullets, mostly so you can take advantage of the tech bonus received from flying one step too close to fire. It’s a mechanics used in a few import only shooters like Psyvariar (love that game!) and is a nice reward for cheating death. At six levels this is a short but memorable excursion that could have done with one or two more levels, especially as it isn’t too difficult.

Despite limiting you to two credits this is about average in terms of difficulty for shooters. You can make liberal use of your shield as power-ups to refill the meter are pretty frequent. For those that are truly terrible at the game weapons drops are also a constant and even if you die there is still a brief window to collect your weapon again. The more skilled pilots can totally abuse the tech bonus to rack up point bonuses that award extra lives. There are definitely points where the challenge steps up, most notably stage four with its limited field of view and it has its fair share of bullshit enemy placement. But overall it’s pretty refreshing to play a shooter that isn’t trying to kick sand in your face at every turn.

Visually Spriggan Powered has its moments but is a product of its time. The pre-rendered sprites are both impressive and disappointing; most normal enemies are small, low resolution, and not so impressive in their design. The larger capital ships and mechs impress with all kinds of smaller details like specular highlighting that for the time looked great. The true star of the graphics are the backgrounds which are absolutely spectacular.

The pre-rendered graphics do come with a cost however as there is some truly awful first generation slowdown present. For the most part the game runs fine but in tight spaces and especially when using the homing weapon it slows to a crawl. We’re talking single digit frame rate. Seeing as it was developed by Micronics (the butcher of many fine arcade ports on the NES) I guess I shouldn’t be surprised. In this case though it doesn’t completely ruin the game. For a game released in 1996 it is pretty bad especially since other shooters such as Pop n Twinbee and Scrambled Valkyrie are largely free of such constraints.

Slowdown aside however Spriggan Powered is a still a solid shooter but not the world class shmup its production values would suggest. Unfortunately it has never been rereleased and so it fetches a high price on the aftermarket. As much as I like the game I would recommend the Parodius games first as they are much cheaper and better.