Winter Games NES Game Cartridge
Winter Games was released for the NES in 1987. It was developed by Atelier Double and published by Acclaim. This game is the follow up to the successful video game Summer Games, but this time it has an ice and snow theme. It featured Winter Games called Epyx, which was a virtual collection of sports. The player would choose a country they wanted to represent and two players can play on the NES version. The goal is trying to win a medal. The events in every version will vary. This version on the NES will have Hot Dog Aerials, Bobsledding, Figure Skating, and Speed Skating. The events left out of this version were Alpine Skiing, Ski Jumping, Biathlon, and Luge. The player can play all events in order or choose just a few of them. There is also a practice event.
UPC: 0-21481-10202-1
Platform: NES
Players: 1-2
Condition: Used
Genre: Sports
Region: NTSC (North America)
Rating: Everyone 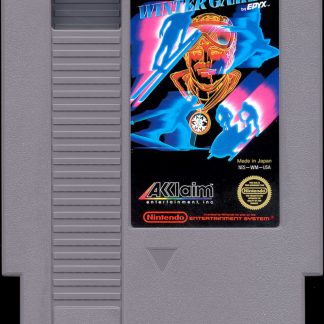