Al Unser Jr. Turbo Racing NES Game Cartridge
Al Unser Jr’s Turbo Racing, a racing game, was released in 1990 for the NES. It was adapted from the 1989 Famicom game World Grand Prix: Pole to finish. The main change of this version was Unser was a coach in the game, the amount of laps, the sound, and the design of the game. The features include two different time trial modes and season mode. The two time trial modes are A, with computer cars, and B, without computer cars. When you play season mode, you can use Al Unser Jr, or you can create your own driver.
The player controls the racer with the D pad, and accelerate with A and brake with B. At the lower part of the screen is where your gauges etc are located. There are also turbo boosts which will need to be recharged when they become empty. Signposts, cars, and other hazards on the track need to be steer cleared of. There is also a qualifying round that is one lap, which makes it somewhat hard.
UPC: 0-13252-00212-8
Platform: NES
Players: 1
Condition: Used
Genre: Racing
Region: NTSC (North America)
Rating: Everyone 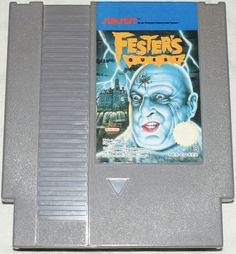