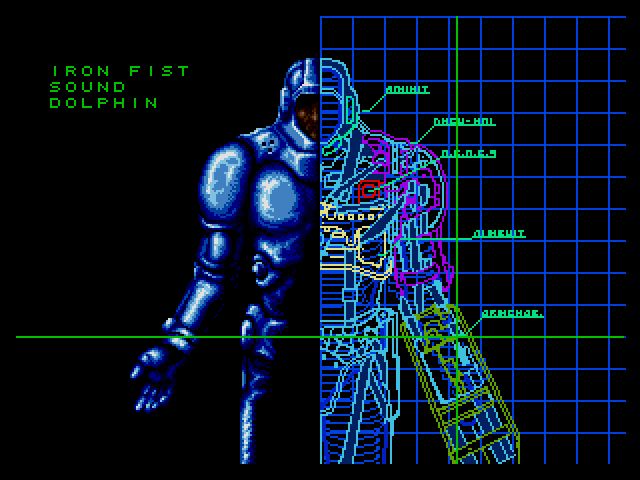 As much as I liked E-Swat in the arcade I have to admit, its resemblance to a poor man’s Robocop is undeniable.  You have an armored police officer protected a shit hole of a city from thugs and while the officer in question wasn’t blown to bits by Red Foreman from that 70s Show you can’t deny the similarities.  Non license aside, Sega took the time to make the Genesis version of E-Swat a much better game than its arcade counterpart, creating one of the more enjoyable action games from the system’s early years.

An organization armed with new high tech weaponry names E.V.E threatens to take over the city.  Officer Duke Oda, a rookie cop, vows to take them down but not before earning his stripes first.  The Genesis version is missing the arcade game’s 2-player coop but let’s be honest, if the city were really in a pickle they should have had a whole division full of these bad boys ready to clean up the streets.

As much as I liked E-Swat in the arcade I have to be honest and admit it is derivative.  It’s basically Shinobi with a new coat of paint.  While that may have worked in the first two levels once you’ve been given the armored suit the slow measured gameplay doesn’t jive with a hulking mech suit.  And while it’s billed as giving you increased firepower the reality is most of the special weapons are just too slow to be useful.

The home release is almost an entirely different game that only uses the basic premise and goes in its own direction.   As a much more action packed blaster the Genesis version fixes a lot of the arcade game’s flaws and truly makes the armor the bad ass suit it should be.  It isn’t on the same level as other games Sega released in the same period like Revenge of Shinobi but E-Swat was a more than welcome addition to the system’s library.

The first two levels are rough territory since you are still in uniform.  As a normal human Oda is extremely vulnerable, only able to fire one shot at a time and with a short life bar.  If they were driving the point home it works.  Thankfully it’s only for a short period as you’ll receive your combat suit by the third mission.  It’s here where the game takes shape.

Once in the suit the game becomes more fast paced.  Most normal enemies are replaced by robots and other armed antagonists.  Your life bar is extended and you are given a after burners that let you fly for brief periods.  More importantly a number of secondary weapons become available, all with unlimited ammo.  The super machine gun enables rapid fire, the Pulse Cannon which has to charge first but releases a powerful burst of energy, and the rocket launcher.  One last weapon, Fire, completely drains your afterburners to damage all enemies on screen.

With the number of changes this version feels more like a sequel than a port.  Aside from a few bosses all of the levels are new.  Like I said earlier, hiding behind cover to take pot shots at targets really didn’t fit a game starring an armored combatant.  Now you can power through most situations thanks to the redesigned weapons but there are a few sticking points that weren’t well thought out.  Many of the levels such as the bio lab have numerous points where taking hits is unavoidable.  You lose whatever weapon was equipped at the time upon death and switching to the default hand gun isn’t always an option.  It can throw off the game’s balance most noticeably in the boss fights, where certain weapons are almost essential to survive.

It doesn’t completely break the game but it occurs frequently enough that it’s worth mentioning.  Otherwise E-Swat is a solid action game, one that was needed during the days of next to no third party support.  E-Swat will only set you back a few bucks and is good for an afternoon of fun.